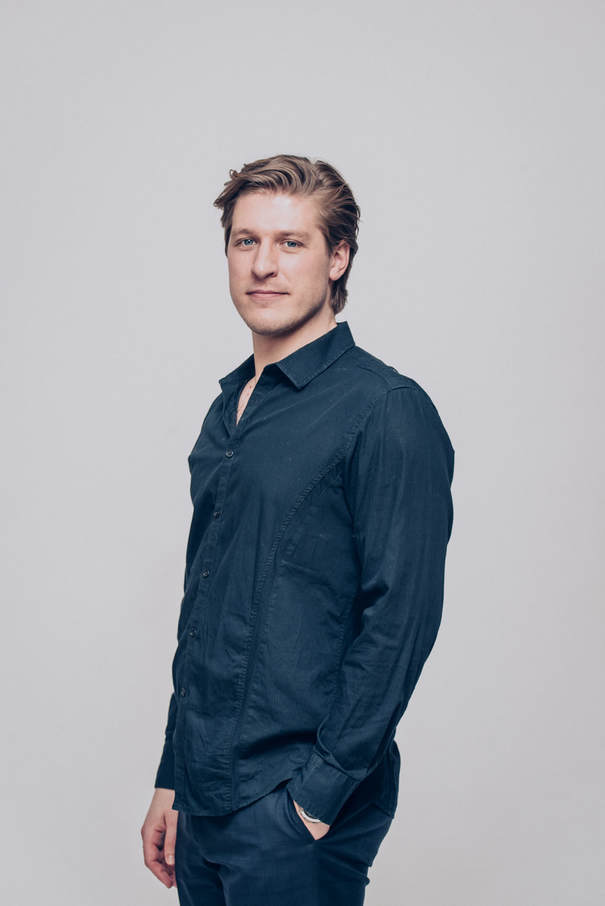 @ Studio j’adore ce que vous faites
Baritone Alexander York, from Wisconsin, was most recently seen as Escamillo in Andrea Bernard's adaptation of Carmen at Opéra Grand Avignon, in a concert of American music at Opéra Dijon to celebrate the new year, and as Schaunard in La bohème ​under the baton of James Gaffigan at the Verbier Festival in Switzerland.

In the January 2021 edition of Opéra Magazine, York was profiled as a "Jeune Talent" [young talent]. In September 2020, he was awarded the City of Gordes Prize as well as the Best Young Baritone or Bass Prize at the International Competition of Art Song [Concours international de la mélodie] in Gordes, France.

From 2018-2021, York was a member of the opera studio of the Opéra national de Paris. Highlights of his work there include singing Tarquinius in Britten's Rape of Lucretia, Dr. Falke in Die Fledermaus, and the Horloge comtoise and Le chat in Ravel’s L'Enfant et les Sortilèges and recitals at the Palais Garnier, in Évian-les-Bains, Amiens, Metz, and Grenoble.

York recently made his Bayerische Staatsoper debut in Viktor Ullmann's Der zerbrochene Krug in the role of the Bedienter. In 2017, he sang the role of James Ramsey in the world premiere of Zesses Seglias' To the Lighthouse at the Bregenz Festival.

​In his first two years in Europe, York was a fixture of the opera stage at Theater Augsburg -- firstly, making his European debut as Belcore in L’elisir d’amore in 2016; secondly, as a scholarship-holding member of the 2016-17 soloist ensemble, playing Angelotti and Sciarrone in Tosca, the Captain in Karl Amadeus Hartmann's Simplicius Simplicissimus, Weickmann/Fuhrmann in Hans Thomalla's Kaspar Hauser, and as the Herald in Verdi's Otello; and most recently, singing the German premiere of Kelvin (Off stage) in Dai Fujikura’s Solaris.

In addition to his operatic pursuits, York studied German, French, and Slavic Lied repertoire at the Munich University of Music and Theater Arts under the tutelage of Lars Woldt, Rudi Spring, Donald Sulzen, and Andreas Schmidt. His study culminated in July 2018 with a comprehensive recital and presentation titled, Heine gegen Platen [Heine versus Platen], which highlighted the polemic between the two 19th-century poets through Lieder set to their poetry.

York was a 2016 winner of the prestigious Fulbright Research Grant, a 2017 winner of the Hanns-Seidel Foreign Student Grant, and has been supported by the arte-Musica Foundation in Frankfurt.

As a concert artist in Europe, York has sung a solo recital at the Muziekgebouw in Amsterdam, performed with the Munich Radio Orchestra, and joined the Heidelberg Philharmonic to sing the bass solos in Bach's Weihnachtsoratorium. Recently, he appeared with the Jewish Chamber Orchestra Munich in a concert of Mahler's 14 Lieder und Gesänge and sang a Liederabend in the Hamburg Art Museum. Equally at home in the new music scene, York recently gave the world premiere of Rudi Spring's Augenblicke des Abschieds, a song cycle for baritone and hammered dulcimer.

In 2017, he took part in the Excellence in Voice/Opera masterclass led by Hedwig Fassbender in Weikersheim, Germany and the IMAS masterclass with Lars Woldt in Bückeburg, Germany.

Before making his way to Europe, York made the rounds in the American summer festival scene. As a Fellowship recipient at the Aspen Opera Center in 2016, he performed as Snooks in William Bolcom’s A Wedding and was seen in masterclass with Renée Fleming. As an Apprentice Artist with Central City Opera in 2015, York jumped in on one day’s notice to sing Cervantes/Don Quixote in Mitch Leigh’s Man of La Mancha, earning a glowing review, performed Baron Duphol in La Traviata, and received the prestigious John Moriarty Award for collegiality and service to the company.

He was awarded a Luminarts Fellowship, a Bel Canto award from the Bel Canto Society of Chicago, and was the runner up in the Art Song/Oratorio division of the American Prize. York is a 2014 graduate of Lawrence University in Wisconsin, where he was seen as Sid in Albert Herring, Harry Easter in Street Scene, and Cinderella’s Prince in Into the Woods.